The three Privy Lodging Rooms at Whitehall Palace are presented here as 3D approximations of their appearance in c.1639 when they were inventoried by Abraham van der Doort. Thieir contents make up just a tiny portion of the King's vast art collection, which was distributed throughout Whitehall Palace and the numerous other royal residences. The contents of the wider collection can be viewed under 'The Collection'.

Charles I hung his most precious paintings in these privy, or private, rooms where only the privileged few were granted access. The rooms were in the palace's most secluded part, on the first floor, between the Privy Garden and Banqueting House, and close to the King's Cabinet Room, Breakfast Chamber and Bedchamber.

Based on the inventories, we offer a visual estimation as to the arrangement of paintings within these three rooms, giving the user the unique experience of being invited behind locked doors for a private viewing of the most cherished parts of Charles I's celebrated collection.

The highlights of Charles I's Italian Renaissance holdings hang in these rooms. A whole room is devoted to Titian; Raphael, Antonio da Correggio, Giulio Romano and Andrea del Sarto also feature highly. Many of these pictures come from the three most notable events in the history of the collection: from Charles I's expedition to the Spanish court as Prince of Wales in 1623, his purchase of the collection of the Dukes of Mantua in c.1627–8 and the 1637 delivery of 23 Italian paintings by the dealer William Frizell. The rooms pay hommage to these crucial instances of exposure to the Italian Renaissance. In the First Privy Lodging Room, for instance, Charles may have consciously attempted to memorialise the 1623 Spanish visit, specifically his viewing of a special suite of rooms devoted almost exclusively to Titian at Philip IV's palace, the Royal Alcázar in Madrid.

Learn about the visualisation 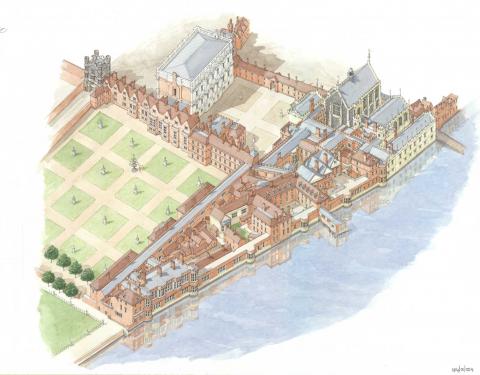 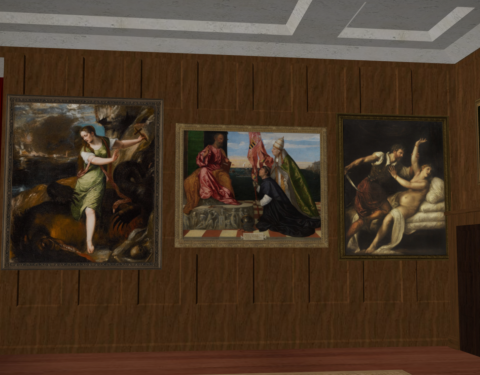 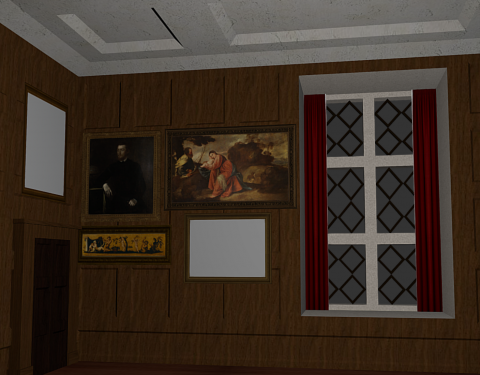 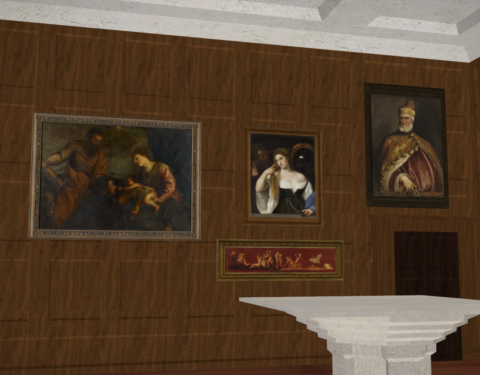